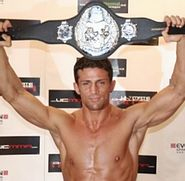 MMA: Millennium Brawl UK Champion; Extreme Brawl Champion; Ultimate Challenge Champion. These have been against some of the worldâs best fighters and with the top fighting promoters.

Alex is also a trainer of champions and mentor for complete beginners through to professional competitors.

Teaches all levels, kids and adults